Lessons learned from a life in music.
(#4 in a series of posts)

Every now and again, someone will refer to me as a “composer.” Inevitably, the person is well meaning. More than likely, he (or she!) doesn’t know me very well. It seems to happen more often with academics, perhaps because academics like serious words, and composer sounds serious. Certainly more serious than songwriter. But for the record, let’s be crystal clear:

Beethoven was a composer. I am a songwriter. 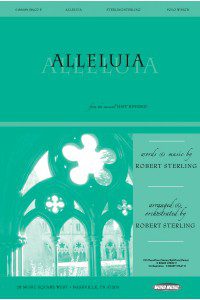 I am a songwriter who also arranges and orchestrates, who writes full musicals, and occasionally takes commissions to write new music for church choirs and orchestras. So maybe that’s why some folks call me a composer. That’s okay. I’ve been called worse. Besides, what’s the difference?

There is a difference, to me, at least. And I remember when the difference dawned on me.

In 2003, I was commissioned by 1st Baptist Church, Nashville, to compose a choral anthem to commemorate thirty years of service of the music minister, the venerable Mark Edwards. Let me stipulate that I approach commissions with great fear and trembling. It’s tough enough to write something I like, let alone something a client, or church committee, will like. To increase the pressure, Mark is a friend. Despite my recommendation the committee go instead to David Schwoebel or Mark Hayes, composers I thought better suited to the task, the committee pressed and I agreed to do it.

LESSON #1:
Turning down work while at the same time recommending the client to your competition is generally considered to be unwise among those in the business world.

From the start, I thought I should write something “serious.” A through-composed piece, perhaps, worthy of Mark and the excellent choir he directed at the church. (See? I was already trying to think like a composer.) I seemed to recall that serious sacred composers always do an “Alleluia,” Randall Thompson’s “Alleluia” being chief among them. So, like any serious composer, I set out to write an “Alleluia.” Never mind the fact I never studied composition.  I have zero training in the art of developing a theme, inverting it, running it through the retrograde cycle, turning it inside out, setting in counterpoint, or any of the things real composers do. For Mark Edward’s sake, if none other, I was not going to simply write the piece. I was going to compose it.

Two days later, the result of my steady and focused work was— a really good song.

I couldn’t help it. No matter how I tried, I instinctively defaulted to what I know: song forms. I think in song forms. Writing an AABA song is as natural to me as breathing. And my newly minted “Alleluia” was a really cool song. Not a composition.

In the end, I fulfilled the commission by re-working a challenging song in 5/4 that I wrote with Lowell Alexander.  I arranged it in a festival anthem style.  The committee liked the piece, or at least they said they liked it. (How awkward would that have been to mess up a commission for my own church?) Later, I told Mark Edwards the whole story and he had a good laugh over it. My “Alleluia” eventually landed in a Word choral book, and then as an anthem, which continues to be sung.

The experience taught me to accept my talents for what they are, and not try to be what I am not. (For the record, this wasn’t the first time this had happened to me. I am a slow learner. This is simply when the lesson finally took root.) This is not to say I will never stop trying to add to my abilities. Who knows? Maybe one day I’ll find the time to take a class in composition.

Until then, others may call me a composer. But I will always call myself a songwriter. As the ancient Greek aphorism goes: “Know thyself.”

LESSON #2:
Be realistic about your abilities. An inflated sense of self is just as bad as a poor sense of self. Know your strengths and work on your weaknesses.