One of your favorite
Christmas musicals is new again!

New to The Christmas Post? To purchase the original production, which the expansion pack builds upon, click here.

Since its debut in 1998, The Christmas Post has delighted audiences with its original book and score inspired by two of Norman Rockwell’s best-known Life Magazine covers. Churches and theaters found themselves returning to the show time and again over the years.

In 2012, writers Deborah Craig-Claar and Robert Sterling, in conjunction with Brightmoor Christian Church in Novi, Michigan, took The Christmas Post to a whole new level, adding three songs to the score.

When Brightmoor came to us wanting a longer show, we jumped at the opportunity to make The Christmas Post what we felt it should have been all along. By adding these new songs, it feels much more like a real show.
–Robert Sterling (composer)

After the show opener, “On Union Square” cheerfully introduces the audience to the show’s main characters. Hattie, Alice, Katie, and Brother Sam all share their hopes for the Christmas season, joined by the chorus.

Maxwell Seldon gets his moment to shine with “Hit Pay Dirt,” a clever swing number in which he shares the secret of sales success with Katie and the Newsies.

Near the show’s end, Mr. Herzog Sr. congratulates Elliott and Alice for the last-minute “midnight madness sale” in the hilariously rousing “Brilliant!”

Now these new songs are available to churches and theaters wanting to put a fresh new take on The Christmas Post. The songs come complete with a Piano/Vocal score, orchestrations, Performance Trax, demo recordings, and a Consolidated Script, all in a single download, for $595.

Perfect for rehearsals and for small performances.

Fully orchestrated with the same instrumentation as the original version of the show, the new songs match the existing score to a tee.

Recorded by the same engineer and with the same orchestra that performed the original score, the Performance Trax blend seamlessly with the trax from the original version of the show. And they come to you in CD quality, not as MP3 files.

Featuring many of the same professional actors from the original demonstration recording, the demos will be an enormous help to your cast as they learn the new songs.

The new lyrics & dialogue edits have been melded with the original material into a single Consolidated Script, set in the industry standard musical theater format, making it it easy to work with for cast and crew. 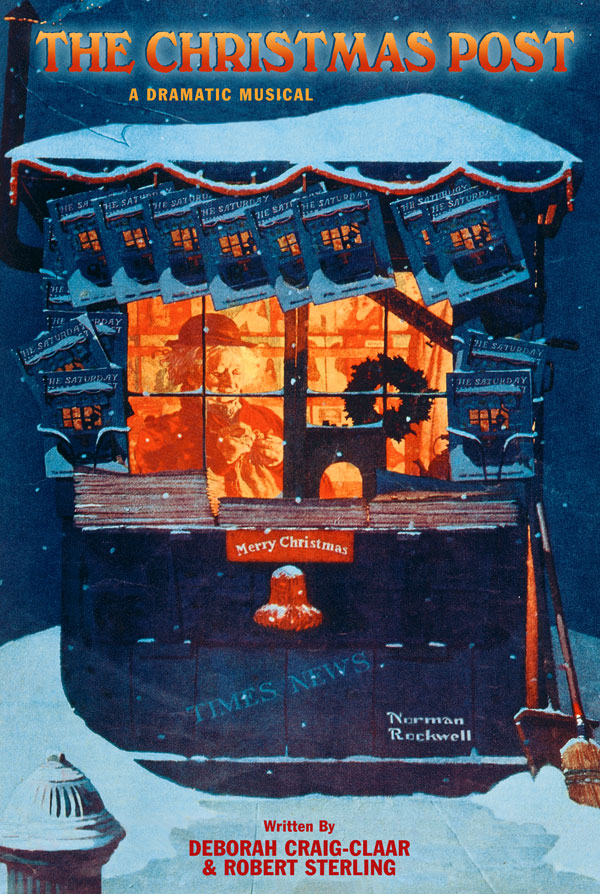 Click the image below to check out a sample page of the script. 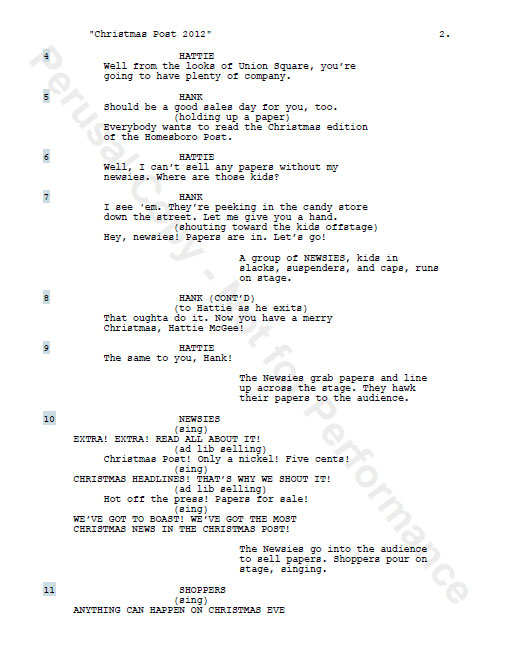