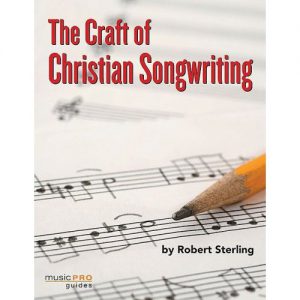 Christian songwriters have a unique layer to their writing that secular writers don’t have to deal with — theology. It’s important we examine our lyrics for Biblical accuracy and consistency. I am not suggesting that our songs be purely scriptural or that they be sermons set to music. But we need to be careful to avoid misleading or inaccurate theology in our lyrics.

The issue of theology isn’t a new concern for Christian musicians. Before Bibles were commonplace in homes, and before the typical church-goer was literate, generations of Christians received some of their most bedrock theology from the hymns they learned in church. They may not have been able to quote scripture and verse, but believers in the late 1800s learned that God the Father is “Immortal, invisible, God only wise / In Light inaccessible, hid from our eyes” when they sang Walter Chalmers Smith’s hymn text. A child who has never read John 3:16 can know that Jesus loves her, when she sings the simple truth, “for the Bible tells me so.” Today’s churchgoers still learn basic Bible truths from the songs they sing in worship. Music is a powerful medium. We Christian songwriters bear the responsibility that our songs are theologically sound.

During my years as a record producer, I ran across a handful of songs, written by professional Christian songwriters, that had small theological inaccuracies. The problems were always fixable and the writers were always willing to correct them. Why hadn’t the writers seen the problems themselves? Perhaps it was nothing more than they were too close to the song to see the problem. (This happens to all of us from time to time.) Often, it occurs because the writer knew what she intended and assumed the listener would “get it.” But sometimes, the listener doesn’t. What is obvious to the writer may not be so obvious to the listener.

Now I recognize that we don’t all share the exact same theology. Denominational doctrinal differences notwithstanding, I still think there is a lesson in this: Before you rush your newest song into the light of day, consider having a qualified Bible scholar whom you trust take a look at your lyrics. He or she may see something you overlooked. Nine times out of ten, there will be nothing. And when there is a problem, it is almost always a small detail that can be easily corrected. A word of creative caution: Remember, you are seeking their input on the theological content of your lyrics, not on the art of your song. Still, you want to make certain that your art is also good theology.

A few years back, I served as a choral clinician at a music conference where one of my songs was featured in a session. This particular song is more than 25 years old, and I had not heard it in a very long time. The effect was as if I was hearing the song for the first time. Imagine my surprise when I spotted a potential theology problem in my own lyrics as the last two lines of the second verse rolled back around into the chorus. What I noticed in my lyrics is only a problem if the listener hears the words a certain way – in a way I had not intended. But that doesn’t change the fact that the lyrics could be misconstrued.

Here are the last lines of the second verse that lead directly into the opening lines of the chorus. See if you think there is a theology problem. Keep in mind, there is virtually no musical break between the verse and the chorus that follows.

(verse)
God gave to us His only Son,
The selfless sacrifice.
How can we pay for all He’s done
When Jesus paid the price?

“We Will Serve Him”
Words and music by Robert Sterling and Chris Machen
© GlorySound Music.

On the page, the question asked at the close of the verse is rhetorical. (At least that was my intent.) The implied answer is we cannot ever pay for all Jesus has done for us. What we can do is to serve Him.  That implication is even more clear when one takes the entire lyric into consideration. That said, it’s what the listener hears that matters most. When the listener hears the verse move straight into the chorus, he may miss the rhetorical nature of the question and think I am saying we can pay for Jesus’ sacrifice by serving Him — a blatant theological gaffe.

Fortunately for me, there has been no pushback about the lyric after 25 years. So it seems people “get it.” But I heard the potential problem myself, and if I were writing this song today, I would probably change the end of the second verse to avoid the possibility of such a theological misunderstanding.

Learn from my mistakes, folks.

(Excerpted and edited from “The Craft of Christian Songwriting, by me – the author.)