I recently released a solo project. 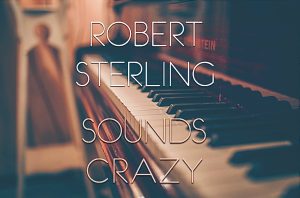 We used to call them albums. Then we called them CDs. Now I just go with “project” – because CDs have pretty much disappeared, and albums (LPs) are only for vinyl afficianados.

But as I was saying, I released a solo project, which was a true first for me. To be frank, it was a big deal, personally and creatively. I’ve produced artist recordings, and choirs have sung my songs all over the world. I’ve even sung a few recorded solos on CDs (always as the novelty singer). But I’ve never been the singer on a solo project.

So why now? Let’s just say – a guy, who is even more idealistic about music than I am, goaded me into it.

Several years ago, I pitched a group of songs to Eric Copeland, a record producer working with a variety of independent Christian artists and in need of material. We shared some success with a few of my tunes, so I sent him more. Then some more. And some more. After a time, I sent Eric my “suitcase songs.”

Most professional songwriters have a batch of songs they keep tucked away – songs that were never recorded for any number of reasons. Interestingly, these suitcase songs (Okay – they’re stored on hard drives…) are often our favorites. They are songs we wrote for the sheer love of writing, or because we had something personal to say. And they sometimes reside outside the musical mainstream. My suitcase songs tend to be tinged with irony and fused with jazz influences. Sometimes they quirky and even, shall I say, a little smartass. And in case you didn’t know, commercial Christian music doesn’t do irony, jazz, or quirky. And it definitely doesn’t do smartass.

A project is conceived

But Eric liked these songs, and he came to me with the hare-brained idea that I release them as a legacy project.

“So? Nobody buys music any more,” said Eric. “But people still should hear them.”

“That’s not a particularly persuasive argument. Besides, who’s gonna sing them,” I asked.

“People like to hear songwriters sing their own stuff.  Even if it’s a little rough around the edges. And you should do this sooner rather than later, while you can still at least croak the tunes out.”

Eric is nothing if not encouraging.

A project is begun.

In reality, the project began thirty years ago, when I wrote the first draft of “Casual Observer,” one of the songs on the record.  And bits of the recording were done as far back as the late 1990s, when I recorded demo tracks that morphed into final tracks on the project. So it’s not misleading to say this project took twenty years to record and release.

But it began in earnest about two years ago when, thanks to Eric’s goading (or was it encouragement?), I began to admit to myself that I really would like these songs to be heard… or at the very least, be available to be heard.  So he and I chose a list of songs and I began to work on the recordings in between paying gigs.

Most of the instrumental tracks began as bare bones song demos, and I had to bring them up a notch or two to make them sound like artist tracks. To do that, individual musicians provided their work from all over the country. My son, Aaron, recorded drum tracks in Los Angeles. An old friend, Larry Rolando, came to my home studio to finish off and polish up guitar tracks. I had a little extra studio time with a Nashville session choir, so I recorded the BGVs for “Riverside.” My wife, Cindy, added vocals late at night in her PJs here at the house. Gary Lunn provided bass tracks from Nashville. Frank Hames recorded his piano solo from his home in Dallas. And so on, and so on. Audio files were sent back and forth via the Internet, and few of us were ever in the same room at the same time. Only two songs on the project were recorded “traditionally” – with musicians in the same room.

By the spring of 2019, I had done about all I could do to make myself sound like a singer, thanks to electronic wizardry. And I had spent all I that I figured should be spent on a project that might never return the first dollar invested in it. The music still needed to be mixed and mastered, and there simply was no budget for those two crucial jobs. Because I had more time than money on my hands, I chose to mix it myself, which is something akin to a lawyer representing himself in court. But I had little choice. I did the painstaking job of mixing the music, reminding myself daily why I never wanted to be a mix engineer. (It’s tedious work.)

Once I had done all I knew how to do, I was able to secure the services of one of the finest mastering engineers in Nashville, John Mayfield, to finish the project. I first worked with John in the late 1970s. And let me just say, it’s good to have positive professional relationships that go back forty years, because I could have never otherwise afforded a guy with John’s skill set for this project. (Thank you, John!)

Eric Copeland designed the CD cover art, using a selfie taken on my back porch. The photo is a quick snap of the guy I see in the mirror every morning, unshaven and in need of coffee. It seemed appropriate to represent the most revealing work I’ve ever offered as a professional.

And the songs are revealing – more so than I ever knew until I heard them as a group. They express the questions I ask myself about faith and God. The more acerbic songs describe the person I am, but wish I were not. The hopeful songs describe the person I would like to be, but can never seem to become. Another song shares the pain of loss that I would otherwise never say aloud.

The project’s title, Sounds Crazy, was Eric’s idea. I thought it was too clever – too “on the nose.” But as I worked on the sequence for the CD, I realized most of the song lyrics shared a theme of irony, examining the “upside down” nature of the Kingdom of God and the Gospel message itself. It turns out that Sounds Crazy was the right title.

Sounds Crazy became real for me the day the CDs arrived at my door. By that time, the music was already on YouTube and hitting the streaming services. People were listening and commenting. The project was out in the world. That’s how the mainstream music business works these days. But for a guy who grew up when recorded music was something you could hold in your hand, this project didn’t seem real until I opened that first box of CDs. Now I could touch it. Now I could show it to others.  I had seen my name in the credits on artist records. But never before had I seen my face on the cover.

There are thousands of independent projects like mine released into the wilds every year.  Thanks to technology, anybody (and I do mean anybody) can make a recording. In that regard, what I’ve done is no big deal. But from another vantage point, the project is a very big deal – because I’m not the guy who typically sticks his neck out. And believe me, this process stuck my neck out – both creatively and personally. Nor am I the guy to say, “Look at me! I made a record!” This took me way out of my comfort zone. And at my age, you’d think I was entitled to stay in my comfort zone all day, every day. This is not the time in life for first-time professional experiences, is it?

Or is it? The music business is always changing, and I either change with it, or I quit.  And I’m not ready to quit.

Maybe you aren’t ready to quit either. And maybe there’s some creative project or goal out there that sounds a little crazy to you. If there is, maybe you should think about taking it on. Just a suggestion from an old curmudgeon.