I’m a guy who mostly lives in the “right now.”

I never thought too much about yesterday, and probably never thought enough about tomorrow.  Composing and producing music (often on a deadline), tends to keep the Present in the forefront of my thinking.  Whatever I wrote yesterday is out there, and hopefully it’s working for me. And I have zero idea what I’ll be writing tomorrow.  Even this morning, as I compose this blog, I have no clue what this afternoon might bring.  But in the last couple of weeks, the Past, the Present, and the (very near) Future have all descended on me at the same time. 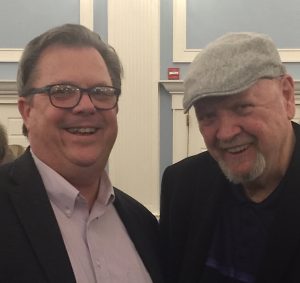 Me with Charles F. (Charlie) Brown.

A little more than a week ago, I was inducted into the Texas Gospel Music Hall of Fame. An honor like this (and it is a great honor) is all about the Past. It was a forty-year body of work that tipped the scales in my favor to be selected. Let me just say, it was a humbling moment to be inducted into a group that includes my two mentors, Charles F. Brown and Kurt Kaiser. 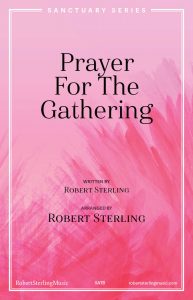 Just last Sunday, I sang in a church choir presenting one of my most recent choral anthems, “Prayer for the Gathering.” This is definitely my Present, the thing that consumes most of my time these days. I’m now a self-published composer, which means I am also an editor, typesetter, promoter, and accountant. My day-to-day work the last couple of years has been increasingly focused on making this particular Present a reality.  And I continue to create more choral music for my website. Next week I’ll be in Nashville to complete my next small batch of music. 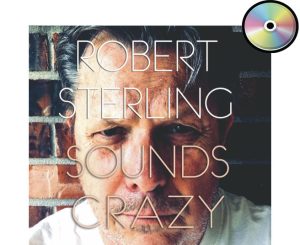 This morning, I released a solo CD project, Robert Sterling “Sounds Crazy” (an apt title if ever there was one).  While this project takes its music from my past, it represents something important about the Future. I never dreamed I would release a project of my own like this. It was too risky. Too scary. Too big of a change. But the future for every musician I know depends on a willingness to change, to grow, and to take risks.

For the record – I hate change, personal growth, and risk-taking. I much prefer the safe, the well known, and the tried-and-true. But life isn’t working that way these days. So, I did what may have been the scariest creative project in my career – a solo CD. Does this mean I’m going on tour, fronting a band, doing concerts? Oh, no. It does not. None of that is in my future.

But I know that as long as I’m creating that change is in my future. I can’t see it yet, not even dimly. Knowing me, I probably won’t see my Future until it’s become my Recent Past. But it’s coming. It’s inevitable. And I have to embrace it or let it pass me by.

So – make every effort to appreciate the Past. But focus on the Present. And keep a watchful eye for the Future. Because “change, it is a’coming. And it just might come today.”

There’s a line to see the Baptist, the one they all call John.
He takes ‘em in the water, and pours the Spirit on.
He’s shouting in the desert, preparing them the way.
He says, “Change it is a’coming, and it just might come today.”

(from “Riverside,” on the Sounds Crazy CD)