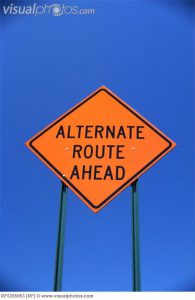 The particular part of suburban Nashville, in which I live, has a town & country feel to it. Every year it becomes a little more “town” than “country,” but it still has its fair share of rural charms. One of those charms is there are a half dozen different routes to get to just about any place you might want to go.

Yes, there are the main roads and interstates. And I generally take those routes, particularly if time is of the essence. But sometimes I choose the two-lane back roads as for a change of scenery when running mundane errands.

And what does this have to do with music?

During my seventeen-year tenure as a contract writer at Word Music, I was known by the print music staff for being notoriously difficult to please when it came to arrangement assignments (because I have been a cranky old man since I was twenty); and for never wanting to do the same sort of project two times in a row. No matter what I just delivered to the print guys, I wanted the next thing to be different.

Worse still for the poor print editors, if everybody else was zigging I wanted to zag (This probably relates back to the whole “cranky old man” diagnosis). In the late 1990s, when it was an unwritten law that every choir anthem arrangement had to end with a modulation and bang, I began turning in arrangements that ended quietly (This decision, no doubt, cost me some sales). Then to Word’s chagrin, I began to drop unneeded orchestra instruments from contemporary choral arrangements (Really, how does one write effectively for an oboe in a rock music anthem???). And when the rest of the world began writing nothing but jangly Praise & Worship music, I, like the Christmas Magi, chose to go home by another way.

I figured there were plenty of folks covering the P&W territory. I would try something different. Different is good, right?

The result is a somewhat quirky collection of songs. None of them are particularly mainstream, though I think they are all quite useable in church in the proper context. Some of the songs hearken back to days when melodies were a little more challenging and lyrics were a little more varied in subject matter. Others songs represent my own wishful thinking that cool R&B grooves can be used with lyrics that say something deeper than “I love how I love Jesus.” Mostly, I will never be convinced that one size fits all when it comes to contemporary music in the church.

For the record, I realize full well these songs don’t have the mass appeal of the latest P&W wonder. I’m okay with that. As a songwriter, I have to try to be true to myself. So, I simply hope somebody else will like them enough to sing them somewhere. 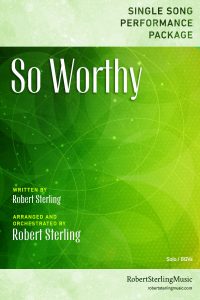 Perhaps you, too, sometimes want to go home by another way. If so, check out these songs. For you singers, maybe you’ll find something to fit your unique needs. If you are a worship leader, maybe there’s something for a special moment in worship. If you are a fellow songwriter, maybe there’s a song or two here that will encourage you to take the alternate route in your own writing.

UPDATE (May, 2018)  The site has been revised.  This series is no longer called “The Alternate Route.” BUT – the music is still here.  it’s still different and oddly cool. And it’s still available, as Single Song Performance Packages. I hope you’ll check them out.