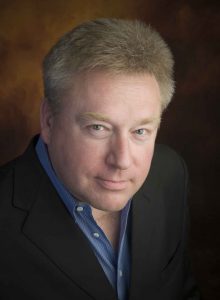 Last week, I had the rare privilege of once again recording one of the finest vocal artists in Christian music, after a 15-year hiatus.

I met Luke Garrett in the late 1980s, when he was an upcoming vocal phenom launching his concert career. Back then, he was available to sing the occasional recording session in Dallas. In one of my earliest (if not very first) choral sessions with Luke, he sang the high tenor part on a song that became a standard for church choirs at Christmas – “I Have Seen the Light.”

Over the following decade, Luke and I went on to work on three CDs together as artist and arranger/producer. I found him to be one of the most unique interpreters of a melody and lyric I ever heard. When he sings a song the words come to life in the moment. He has a jazz musician’s gift for interpreting a phrase, so he rarely sings any given line the same way twice in a row.  I still enjoy listening to the projects we recorded together. And that is really saying something.

So to the present — Luke recently contacted me with a most flattering proposal: He wanted to do a new recording featuring a collection of songs all written by me. That is pretty much any songwriter’s dream-come-true. I said “yes” before Luke could change his mind.

Last week, we began the project. We deliberately chose to start quietly. Luke selected four songs that could be interpreted with piano and voice only, leaving room to add some strings later. I put him in the studio with two different terrific pianists that day: Regi Stone, co-writer of three of the songs, and David Hamilton. My favorite recording engineer, Doug Sarrett, made certain everything sounded great. And I sat back and listened. My role as producer that day was pretty much relegated to saying, “Gee, that sounded great.” With talent like that gathered in the studio, a monkey could have done my job.

We plan to follow-up this session in the near future by recording a few more songs, maybe using a rhythm section. Because Luke can pretty much sing anything, one of the hardest parts of this process is determining which songs to record and what approach to take with them. (What a great problem to have, right?)

In the meantime, it was wonderful to be reminded last week why I chose this line of work in the first place. Every now and again, you get to put some crazy-talented folks together in a room and let them do their thing. And it is something to behold.