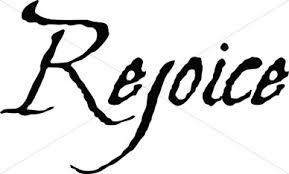 I am not a sunny person by nature.

(I’ll pause a moment for the chorus of “Amens” from all those who know me.)

I have been called a pessimist. (I prefer “realist.”) My ability to see the Worst Case Scenario in any occasion is the stuff of legend. However, in spite of those personal propensities, I am capable of being grateful for the many good things that have come my way. Despite what some may think I can be, in my own way, positive in the midst of a crisis. My spin on being positive is often to take the outlook that “it could’ve been worse.”

Two weeks ago, my dear wife began experiencing chest pains that would not abate with nitro. (She had survived a heart attack thirteen months prior and, like many heart patients, took nitro tabs to quell angina.) Long story short, at her doctor’s instructions, I took her to the hospital and four days later she had quadruple bypass surgery. She is home resting and recuperating. If all goes as hoped, this surgery will extend and improve her life for many years. So as numbingly exhausting as the past weeks and even months have been for Cindy and me, it definitely could’ve been worse. This problem could have happened two weeks earlier when we were driving back across the nothingness of far West Texas. Instead it happened at home here in Nashville, near some of the finest cardiac surgeons in the country.

The day before Cindy was discharged from the hospital, we learned there was a problem with our insurance. I won’t go into it here for I may be fighting this problem for months. But it will ultimately work out. It could’ve been worse. We could’ve had no insurance to fight over at all.

Then according to the Rule of Threes, there came a true You’ve-Got-To-Be-Kidding-Me event. While Cindy was in the hospital and I was spending 10-12 hours a day there with her, some human leech stole my identity. I only learned of this because the person responsible is apparently not the sharpest knife in the drawer, and left behind a paper trail that led to my mailbox soon after the breach. This is going to be a major pain to clear up, but I was fortunate to learn of the theft so quickly. I locked down credit and bank accounts before money was taken, and filed fraud reports with the police and the FTC before too much damage could be done. So, it could’ve been worse. Much worse.

All that said, last Saturday night, I began to feel like I was at the center of a Greek tragedy. Taking great pity on myself, I got angry with God. I threw myself an elaborate pity party, and stayed awake much of the night whining, “Why me?” (There’s no doubt a song in there somewhere.) The next morning, bleary-eyed, I turned on the TV and, right on cue, there was Charles Stanley closing his teaching with several Bible verses reminding that God will never forsake us and we should rejoice even in times of trouble. The Apostle Paul put is simply enough: “Rejoice in the Lord always.” (Oh, how I do struggle with the “always” part of that verse.)

So this is me, doing the best I can to rejoice. For a Certified Dyed-in-the-Wool Card-Carrying Worrier and Realist, sometimes rejoicing amounts to acknowledging it “could’ve been worse.” And I’m truly thankful it wasn’t.