Wow. Has it really been some five months since I last posted??? Truly – I am the World’s Most Inconsistent Blogger. Where is my award for this great distinction? Somebody call the folks at Guinness!

So – what have I been up to that has prevented me posting? Life, mostly. (Let’s face it – one still has to eat, shower, shave occasionally, and watch Netflix, amiright?)  But there have also been changes in the making. Time-consuming changes. Neck-aching changes. Keep-you-up-at-night changes. 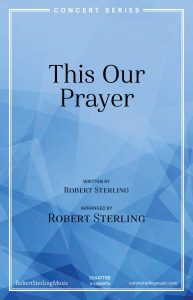 Changes – as in new music. I just released six new anthems here at the site.  They vary in style from 8-part concert a cappella to funky Praise music. (I’ve never been able to do the same thing twice in a row.) And while six new anthems is no big deal to a large publisher, they represent an enormous amount of time and effort for the individual composer, who is also arranger, orchestrator, editor, studio producer, mixer, and publisher.

Changes – as in the product line. I’ve come around to reconfiguring the PDFs of all my orchestrations to be more in keeping with the industry standard of separate PDFs for every individual part on the score. This meant going back into every score of every arrangement and re-exporting every part. Of course, for an incurable re-writer like me, this also offered the opportunity to correct the occasional mistake, edit the occasional part, and even revise an entire orchestral arrangement or two (or three, or a dozen, or more). 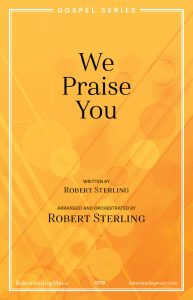 Changes – as in new demo recordings. Since I first began offering download-able recordings here, my demos have been mostly created with orchestral sample libraries. (It’s the only cost-effective method available these days.) Those libraries (and my understanding of those libraries) have improved considerably over time. My older demos – particularly those very early symphonic orchestra arrangements – needed a face lift. So, I re-recorded and re-mixed them. While I was at it, I revised many of those orchestrations, which were originally conceived for purposes other than live performance. So, in the coming days and weeks, revised editions of pretty much every orchestra arrangement in my website catalogue will be appearing, along with new demo recordings, and new YouTube videos. Speaking of YouTube videos… 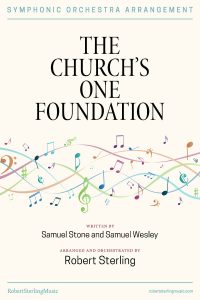 Changes – as in YouTube videos. Creating a simple. legible demo video of a score with a recording has proved more challenging than I might have thought. It’s the legibility part that was tough. Scanning PDFs resulted in fuzzy images, at best. (This was especially true of the full orchestra scores.) Recently I discovered a better method that results in noticeably clearer images. (They’re still not hi-res, but they are a genuine improvement.) This meant remaking the YouTube videos for every anthem and orchestra arrangement on my website. What fun! And I have just begun to upload the new videos. So – list my youTube channel to see the results happening.

Yet some things remain unchanged: I’m still an incredibly inconsistent blogger. Duh. I still write all sorts of music, even though that makes it difficult for potential buyers to know what to expect from me. And I’m still an ineffective marketer of my own work, probably stemming from the way I was raised. (It’s bad manners to talk about yourself.)  But I’m doing what I can.

So I hope you’ll check out the new music and the revised videos, and tell all your friends about the site.

And apologies for going on about myself like that.