As best I can determine, I began blogging in 2005. My memory as to exactly when is a little shaky, but the evidence of my crimes does go back at least that far. Now anybody who’s known me for longer than these past ten years will tell you I’ve been spouting off about all manner of things for much longer than that. I just never bothered to put much of it down in writing before 2005, unless you count my letters to the editor of the Tennessean cancelling my subscription for bad grammar and shoddy delivery service.

The blog was an offshoot of this website. And I mostly launched the website so that church music ministers could look up any title in my choral music catalog to determine if it was still in print and, if so, by which publisher. The blog was just this thing one was supposed to do if one had a website. Everybody blogged. It was practically a requirement. Plus, my web designer assured me there were people in cyberspace interested in what I had to say.

I’m pretty sure now he was lying. 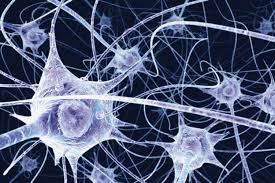 My brain on music

But I went along with it. Despite the fact that it was the trendy thing to do, and I hate to be trendy, I started to blog. Partly because I didn’t want my website to be lacking some crucial element that every self-respecting website had to have. And partly out of an over-estimation of the importance of my own opinion.

At first, most of my blog posts were fluffy promotional announcements about my latest music projects, arrangements, and whatever choral events I might have recently appeared at. These posts were categorized under the headings “Life Debriefed” and “Thank Yous.” (Apparently, you need to categorize your blog posts so folks can look them up under key word searches, or something like that.) Occasionally, I would post about the craft of songwriting or arranging, and these were categorized under “Thoughts on Writing.” Original, huh?

From the very beginning, my web designer included another blog category with the clever name “Random Neural Firings,” for those posts that “aren’t easily categorized,” he said. “Off-the-wall stuff. Think pieces.” It was eight months before I wrote anything that remotely fit that description (a rant about a particularly bad song). It was eight more months before a second Random Neural Firing appeared, and another full year passed before the third showed up. Talk about random. These “firings” were like Haley’s Comet. You were lucky to live long enough to ever see two of them.

But somewhere along the way more and more of these Random Neural Firings began to emerge. Nothing earth-shattering. Some were musings about changes in the music business, about the people I work with, and the people who have made a difference in my career. I opined on the difficulties of making a living in music. I griped about bad Praise & Worship music and encouraged that it’s never too late to improve one’s work. I wrote about music as a calling and the importance of preparation and persistence in writing. Along the way, I tried my best to adhere to my mother’ advice: “If you can’t say something nice, don’t say anything at all.” Okay – so  failed at that. But at least when I wrote something critical, I didn’t name names. Well, not most of the time.

Hopefully in this past decade, this blog shined a little light on how to carve out a career in a field that is notoriously trendy. I’d be happy if these posts have encouraged even one struggling writer to keep at it despite the latest rejection letter. With any luck at all, maybe they helped my readers (all three of you) see the creative path a little more clearly.

And look at it this way: If nothing else, you can always tell yourself, “Hey, if that grumpy old guy has managed to get paid for writing music for forty years, there is still hope for me.”